One of my favorite, most durable indoor office plants is the Yucca plant.

Yucca Plants are a rugged, long-living plant that’s not ideally suited for indoors, though in the right spot, with the right light, they can last forever. This beast of a plant is part of a genus native to the Southwest and Mexico, though the office plant version is slightly different and mostly grown in Florida in a subtropical climate.

As such, they are cold and heat resistant, making them an ideal choice for areas in offices such as entryways/vestibules where the temperatures can be extreme from heat to cold, much like the desert.

They have a thick woody trunk that stores plenty of water so they only need watering about once a month, and are grown in either cane form, shown here, or in bush or “stump” form (the cane actually being a stump in the soil that the fronds cover so that it’s practically invisible). They are disease resistant as well as pest resistant, with the exception of a pervasive scale type insect that can quickly spiral out of control if left untreated and kill the plant, but controllable if it’s identified early on. 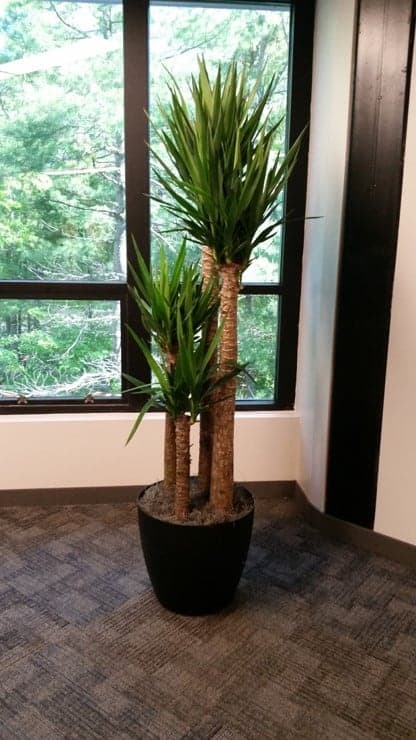 To learn about the benefits of indoor plants, check out our Benefits page.