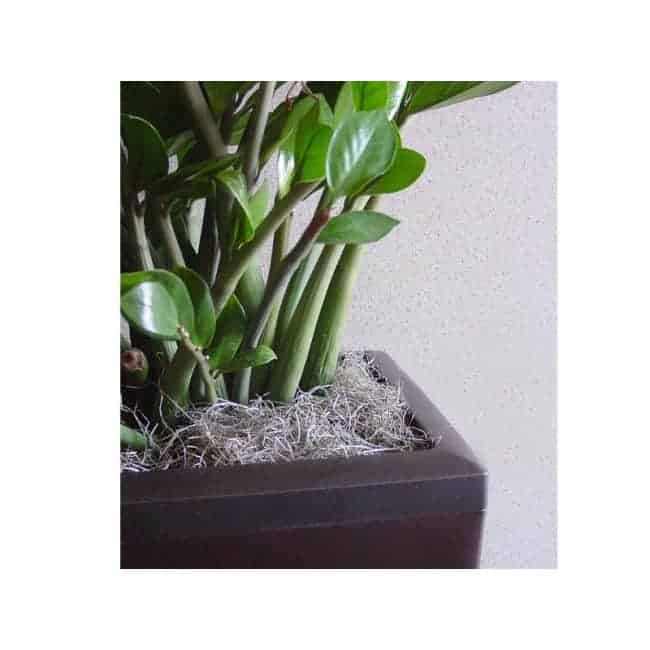 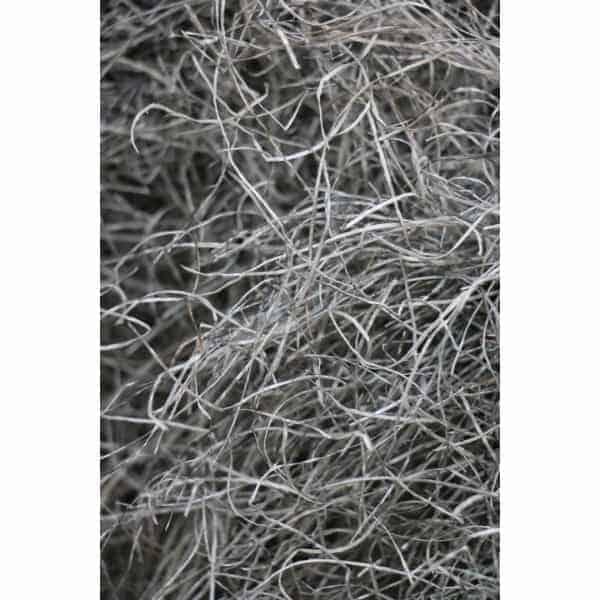 Spanish Moss is a great groundcover for interior plants, providing some insulation against colder temperatures, some water retention benefits, as well as cosmetically covering the bare soil around the base of the plant.

We actually don’t use real Spanish moss in our plant installations. Fibrex Moss is a much more ecofriendly alternative.

Fibrex moss is made from unused wood fibers–it looks exactly like Spanish moss but instead it is finely shredded grey fibers. It’s not yanked from trees and bagged to be sold commercially; instead it’s a recyclable by product of wood pulp production. We buy it by the case, but you can purchase small amounts of it on Amazon, Ebay, etc.

Be careful with Fibrex moss–be sure to just put a thin layer on the top of the plant, not clumped up in big pieces that are inches thick.
This can keep the top soil on the plant from drying out between waterings, as well as become a breeding ground for insects such as Fungus Gnats. A little of it goes a long way!

You can learn more about our service on our Interior Plant Services page.