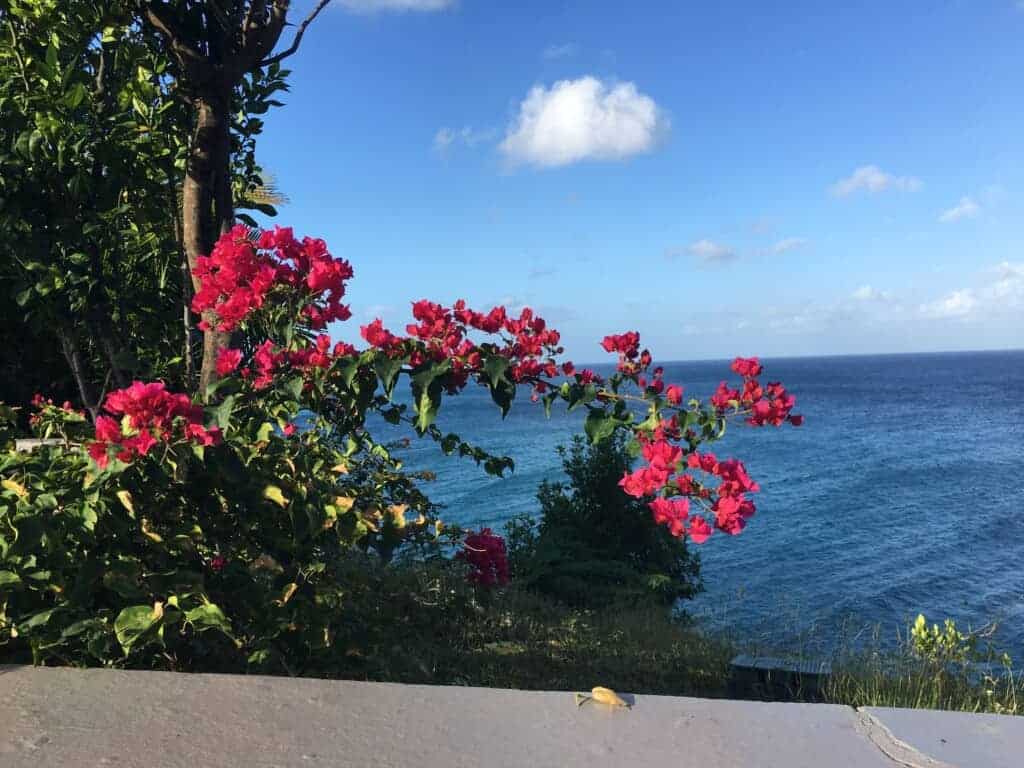 Bougainvillea (roughly pronounced Boo-Gon-VEEL-ya) is a beautiful flowering tropical plant that thrives in high sun and temperate environments.
This particular photo was taken on a recent trip I made to the Island of St. Lucia, with the Caribbean sea in the background for dramatic effect. (I always say my girlfriend missed her calling as a photographer).

It comes in a multitude of colors, some of which include magenta, white, and coral. They’re flowering machines–needing very little fertilizer but pumping out flowers all summer long. They do need direct sun though, and if you’re lucky, you can find them at a few garden centers here and there in New England. They’re not hardy though and will die each year as soon as the temperature gets below freezing–but they’re fantastic for the summer into early fall. 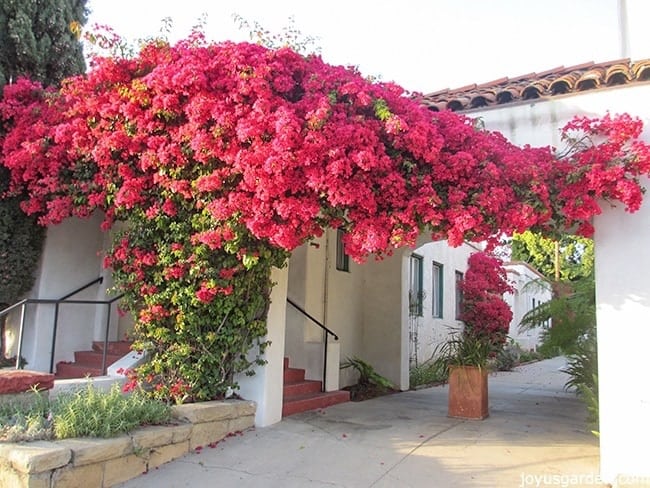 Unfortunately, it doesn’t do very well as an indoor plant because it’s light and humidity requirements are just too great to be replicated in anything other than a greenhouse. Still, it can provide a beautiful urn arrangement for your patio, and they’re generally low maintenance if they’re given the sun and water that they need.