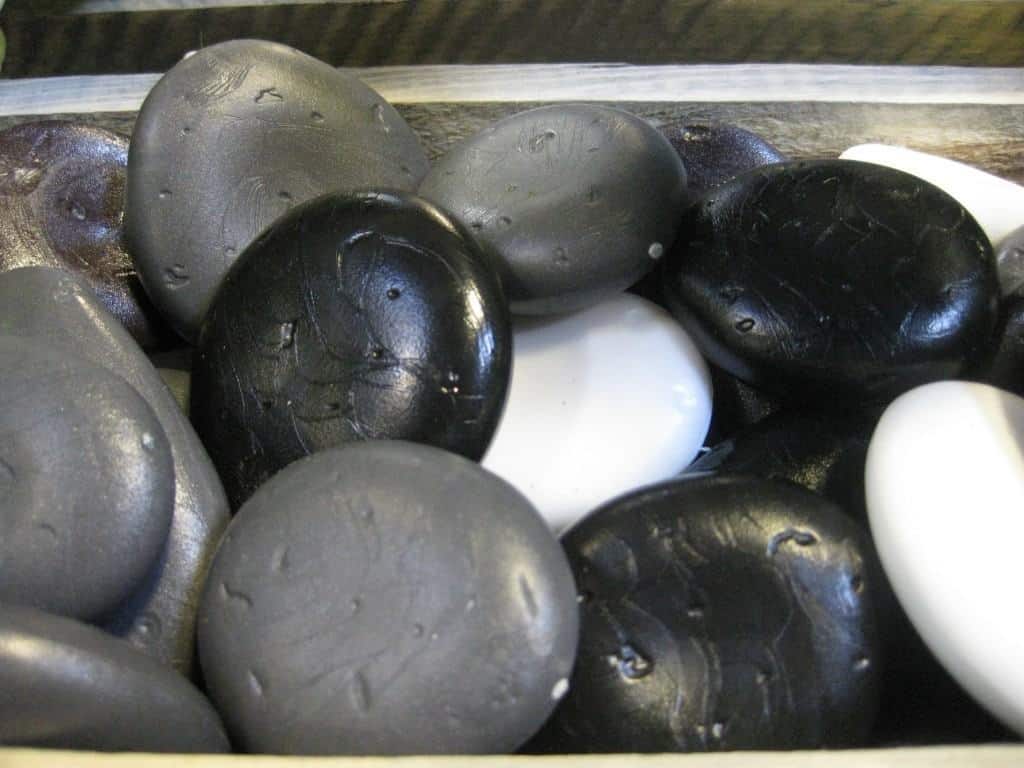 One of the great innovations in Interior Landscaping to come around in the last decade or so is Artificial River Rock.

These are hollow core, plastic rocks that resemble real river rock. They’re incredibly lifelike, (as lifelike as rocks can be!) and come in a variety of colors, though we tend to use black the most, and white the second most, because the white look great as a contrast against dark green plants.

They’re primarily used as a top dressing for plants, and a real modern alternative to moss or worse, (ugh) bark mulch. We use them in indvidual plantings and plants as well as top dressing in small planter beds.

By the square foot they are a little on the expensive side, but they’re much lighter and less messier than real river rock.