Picking The Right Plant For Your Office 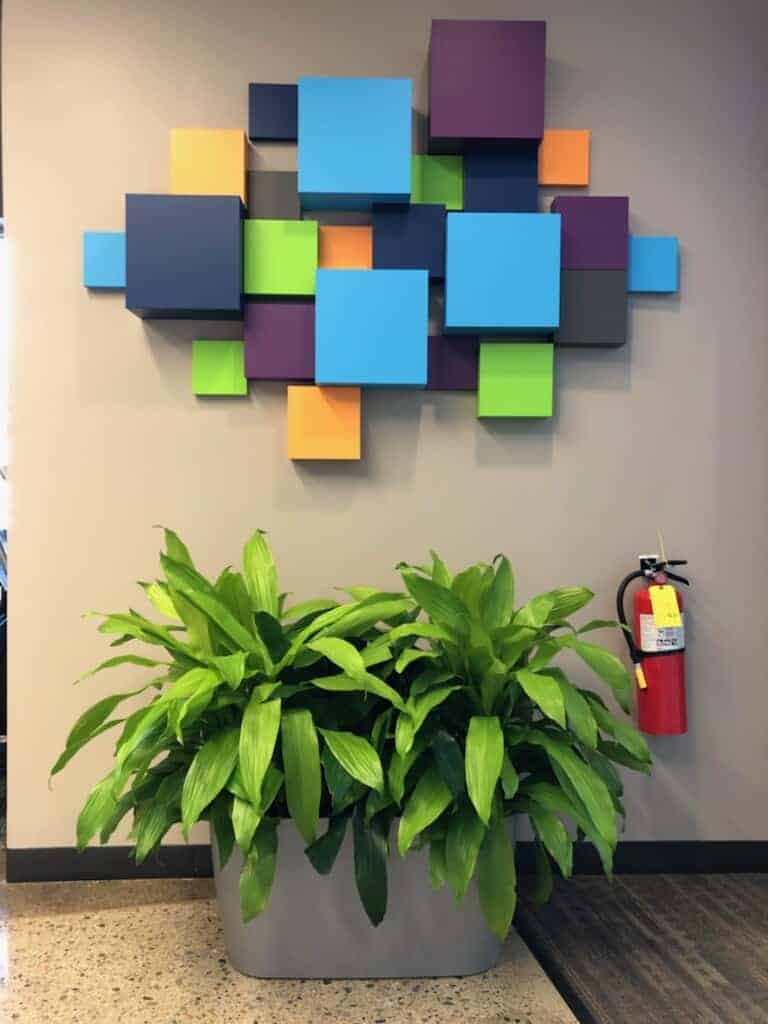 Interior Landscaping often requires equal expertise in design elements as well as horticulture. Many times it’s not only about picking the right plant from a botanical standpoint–in terms of what plant works best given the lighting, airflow and humidity for a given office space, but also what plant works best with the overall design, color elements, and nearby furnishings. Added to all of this is the fundamental knowledge of how the plant will adapt to the space as it grows (does it grow up vs. out, is there a nearby vent which will cause it to lose tons it’s leaves from drafts, etc.) and this is why it helps to hire an expert if you’re going to be investing in a large number of plants for your office.

In the picture shown at the left, we selected a Limelight Plant to go in this floor rectangle planter. We selected it because it complimented the artwork directly above, with the plant’s natural chartreuse colored leaves bringing out the same colors in the artwork. This plant also comes in Cane form but this selection would obviously not be the best choice, because it’s tall stalks would cover the artwork.

Limelight plants will stay tight and bushy over time if pruned properly, so this rectangle will continue to maintain it’s original appearance years after being installed.

Many people think picking indoor plants for your office is easy and anyone can do it. Sorry, but they’re simply wrong. I say this after working with plants in offices for over 20 years, and having people that contacted us for a quote, ultimately deciding to do it on their own, and then contacting us again 6 months later to come save their plants after their epic failure to take care of them on their own.

In pretty much all of these cases, people choose the wrong plants when they procure them on their own, either the wrong lighting requirements for what they have, the wrong care requirements (some plants are WAY fussier than others), the wrong shape (as I mentioned, over time growing out rather than up, and being unusable in the original space they were intended for), the wrong size (they pick a plant way too big for the pots they bought) or the wrong species altogether (some plants such as majesty palms, popular at Home Depot and Lowes, are not suited for indoors and brown and die within a month after purchasing them).

Honestly, I tell people, even if you’re not going to use us as your office plant company, then by all means, use one of our competitors, just don’t try to do it on your own. Picking the right interior plants is one of those things that looks easy but there’s a lot more to it than you would think. 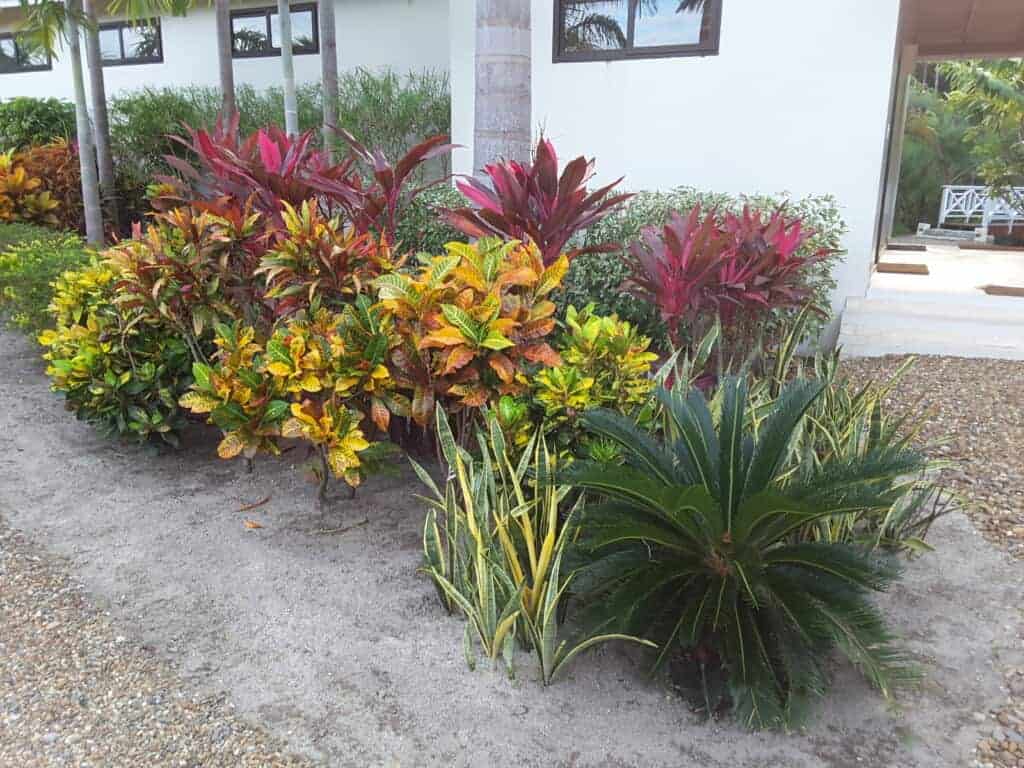 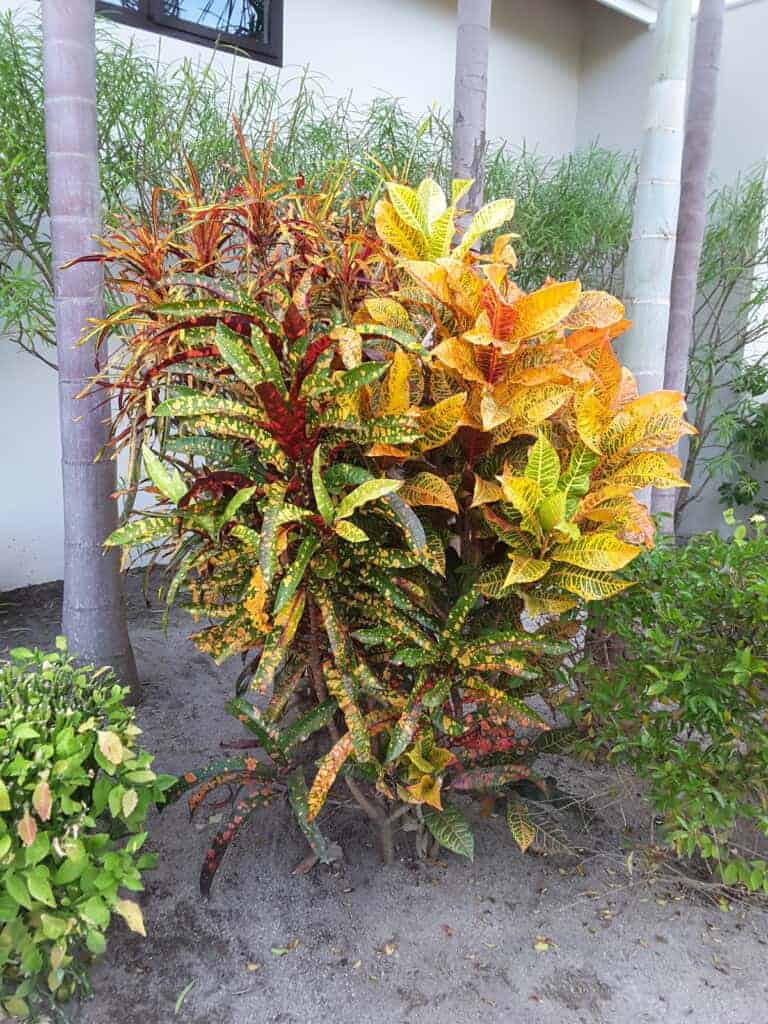 I’m a plant nerd, so whenever I travel, I’m snapping photos of random plants and landscaping around the properties I stay at.

These photos were taken when we stayed at Naia Resort and Spa in Placencia, Belize.

In the first photo the landscaping outside this building includes Croton plants, Cordyline, and King Sago Palms..

Near the equator, there’s generous sunlight and year round warm temperatures, so these plants that normally grow fairly statically in office environments are allowed to thrive. They also benefit from high humidity and frequent rainfall, helping them fight off pests and diseases.

The Croton and Cordyline plants in particular are not really suited to office environments here in the north. They tend to dry out and develop spider mites and other insects. But here in the tropics, where they’re in their natural environment, they thrive.

You can learn more about our services on our Interior Plant Services page. 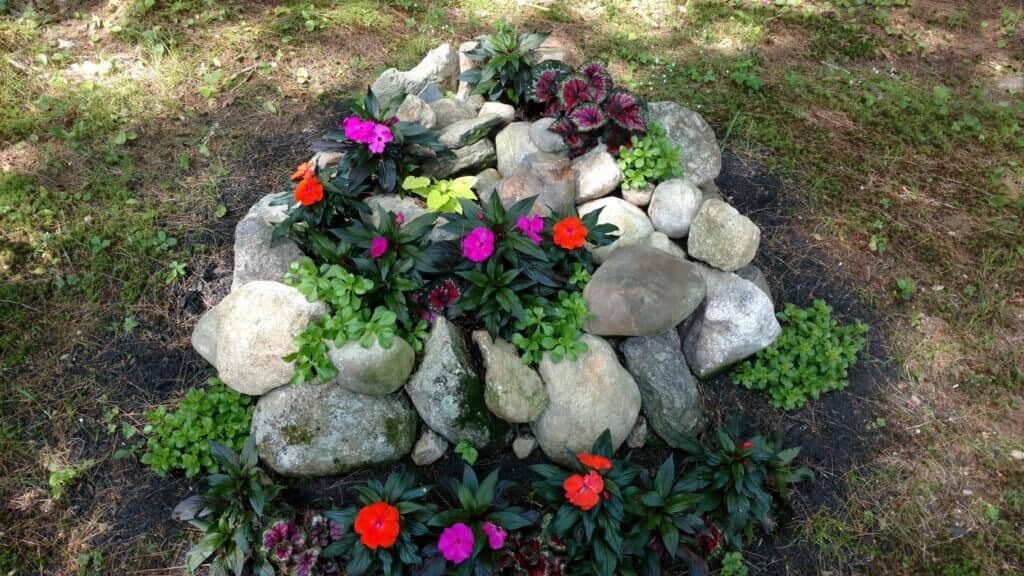 So here’s something different–our blog isn’t always about office plants.

This is an exterior plant rockery we created on my home property. In New England, there’s no shortage of spare rocks hanging around your yard outside. Why not do something unique with them?

Really all this is is a collection of stray rocks piled in such a way that creates at least a couple of different “levels” of height as well as little mini planter beds for the plants themselves. We filled the holes in with just regular potting soil and then planted New Guinea Impatiens, Rex Begonia, and Sedum (there’s a sweet potato vine in there too, though it’s struggling in this shady spot). With regular fertilizer and water, these flowering impatiens have thrived and are popping blooms out every day! This is directly under a big oak, so it’s pretty shady.

We actually had enough rocks around to do three different shaped rockeries around the property. Pretty cool, and really doesn’t take much design skill–just pick the right exterior plants and flowers for the light level, arrange the rocks so that they can support the soil, fill and plant it, and keep it watered, especially through the hot summer months, because there’s not much soil there to protect the roots from drying out.

You can learn more about office plants on our Interior Plant Library page.

To learn more about our fantastic staff, visit our staff bio page HERE 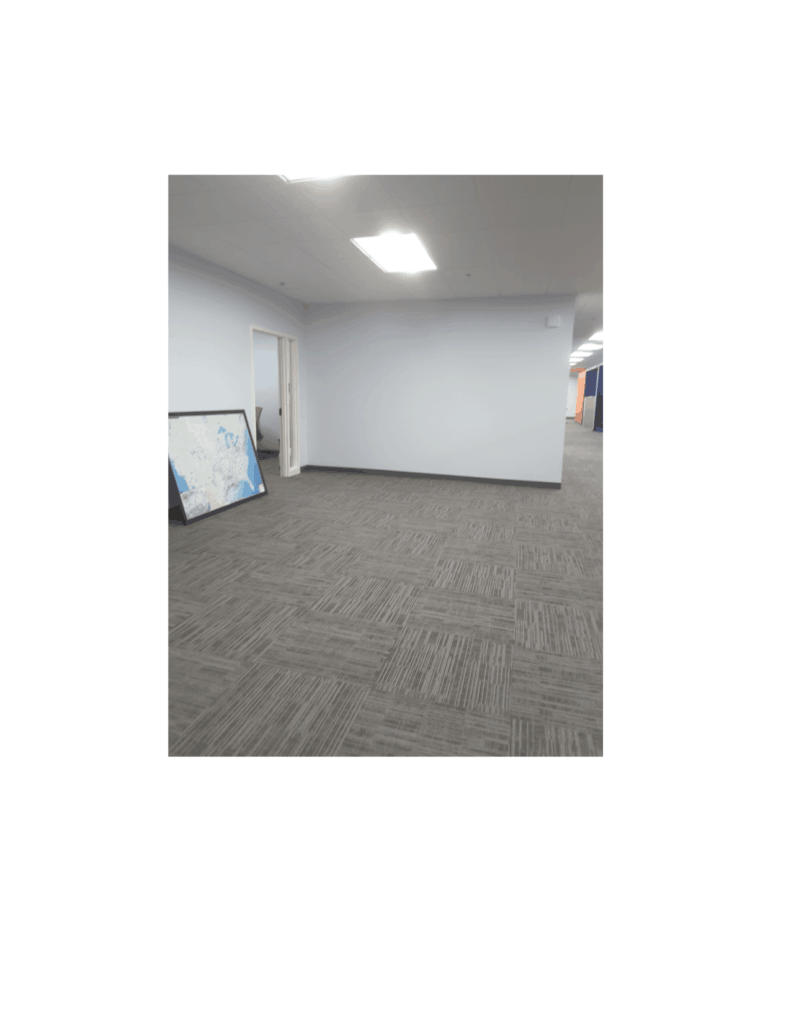 Just as space can be sometimes tight in offices, many times we’re asked to come up with a solution to fill a large, empty blank area of an office with some sort of planting solution.

In the example at the left, we had this large space to fill with some sort of planting. The client was budget conscious and needed something to fill this space that would be affordable.

Though the natural impulse might just be to stick a big, specimen sized plant in this spot, often this isn’t the best solution. Because this area was near the entrance of the office, a single giant bushy plant would have looked a little silly, and a little lonely sitting there all by itself, no matter how big it was. 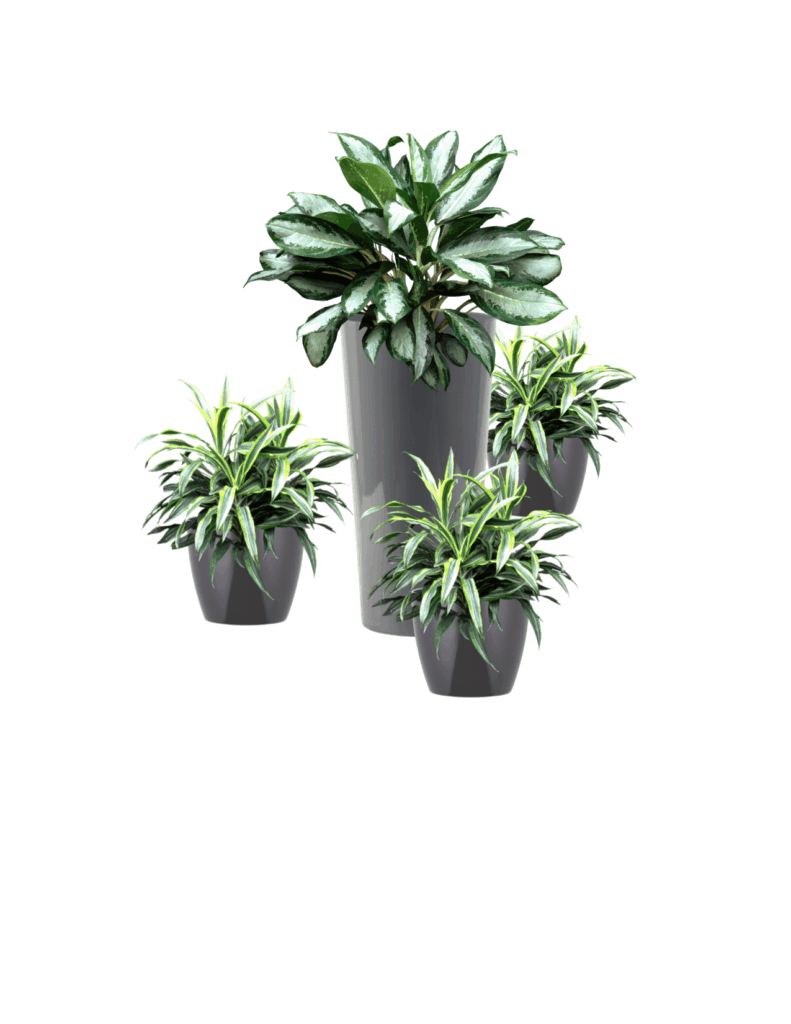 Instead, we tried a different approach.

This grouping of one specimen sized Hologram plant in a raised European cylinder along with three Lemon Lime floor plants does the trick. The large plant gets an additional 3 feet added to it’s height by the raised cylinder, so that the foliage is a focal point at eye level. Around the base, we cluster 3 colorful Lemon Lime plants to offset the grey colored planters and the grey carpet.